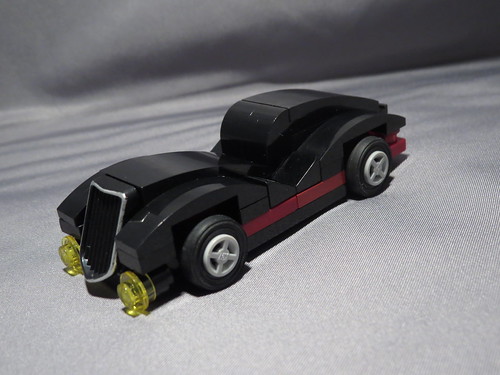 French automaker Villeneuve’s modern incarnation is that of a luxury manufacturer with a racing pedigree. Villeneuve’s history dates back to nearly a century as a bespoke automaker pushing the boundries of design. The Villeneuve company was started by Pierre Villeneuve, the youngest son of the Villenueve family and the latest edition in a long line of artists. His father, a sculpture. His mother, a Jewelry designer. His brothers and sisters all had their hands in art as well, even ranging to literary arts. Pierre took it to another level; however. He was born a gearhead, and in 2109, his a family name became what would soon be one of the most premier and legendary names in modern automotive history. Though his start was in racing, the design of his cars caught the attention of the wealthy, and soon Bespoke roadcars for billionaires to royalty started to roll out of the Villeneuve design studio. Possibly the most famous of his tailor-made machines has to be the Type 34S Pacifica. The retro style which was famous at the time was said to stand above anything in the world at the time, and was made from the finest materials found. Despite it’s luxurious aim, the 34S was in truth a sportscar at heart, with a mean supercharged V8 under the curvy hood. Pierre was known to have a soft spot for old American muscle what with his collection of American iron, and wanted to make a nod to one of his automotive pleasures. With only 4 ever made it’s unlikely one with ever see a 34S Pacifica, but the V8 will for sure make it likely to hear one. One Type 34S Pacifica was discovered in 2208, untouched in a palace garage in Belgium for 50 years. After a cleanup it was sold at auction for a staggering $16 million.