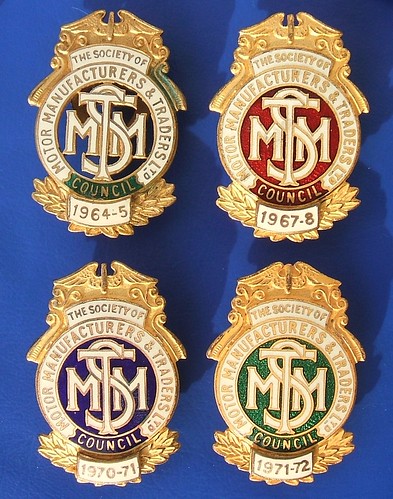 The SMMT was founded in 1902 to provide “leadership, protection and direction” to the fledgling British motor industry. They were also the main driving force behind the major motor trade exhibitions having their first motor show at Crystal Palace in 1903 then moving it to the Olympia where it remained for a further 32 years. In 1937 the SMMT motor show was moved to the newly redeveloped Earls Court in London but the outbreak of WW2 in 1939 meant the shows fell into abeyance until their reintroduction in 1948. The SMMT working in conjunction with the Smithfield Club and the Agricultural Engineers Association staged the annual Motor Show & Commercial Vehicle Exhibition at Earl’s Court which would remain as its venue until it was relocated to the National Exhibition Centre (NEC) Birmingham in 1978. Since 2008, the British International Motor Show has been held at the ExCel Exhibition Centre at Docklands in London.

The SMMT Council is comprised of Honorary Officers, Past Presidents, Chairmen of the Trade Sections and other elected members who meet twice a year to approve the SMMT budget and review business performances. Presumably, these badges were issued to members of the Council.

en.wikipedia.org/wiki/Frederick_Richard_Simms (Frederick Simms (1863-1944) was a mechanical engineer, inventor for the motor industry and the main driving force behind the establishment of the SMMT in 1902. Simms also set up other companies manufacturing motor parts and were significant suppliers to the Defence Forces during both WW1 and WW2. He was also a founder of the Automobile Club of Great Britain in 1897, that later became the RAC.)

file:///C:/Documents%20and%20Settings/Owner/My%20Documents/SMMT2013.02.08pdf.pdf (The SMMT also provided statistical data on the British motor industry and this link give a brief synopsis for the year 2012).