Escort on the mountain 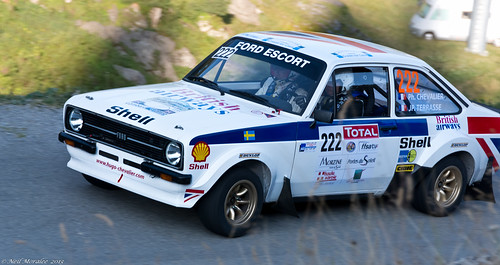 The squarer-styled Mark II version appeared in January 1975. The first production models had rolled off the production lines on 2nd December 1974.

Unlike the first Escort (which was developed by Ford of Britain), the second generation was developed jointly between the UK and Ford of Germany. Codenamed "Brenda" during its development, it used the same mechanical components as the Mark I. The 950 cc engine was still offered in Italy where the smaller engine attracted tax advantages, but in the other larger European markets in Europe it was unavailable. The estate and van versions used the same panelwork as the Mark I, but with the Mark II front end and interior. The car used a revised underbody, which had been introduced as a running change during the last six months production of the Mark I. Rear suspension still sat on leaf … Read More