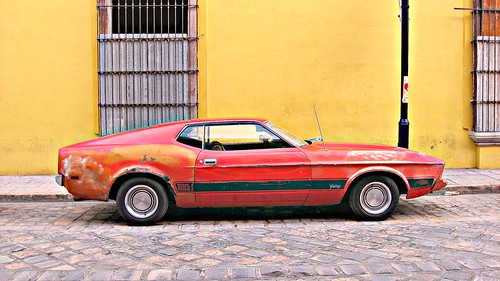 Among the most important industrial manufacturers in Mexico is the automotive industry, whose standards of quality are internationally recognized. The automobile sector in Mexico differs from that in other Latin American countries and developing nations in that it does not function as a mere assembly manufacturer. In 2007 one out every seven cars sold was made in Mexico. The industry produces technologically complex components and engages in some research and development activities.

The "Big Three" (General Motors, Ford and Chrysler) have been operating in Mexico since the 1930s, while Volkswagen and Nissan built their plants in the 1960s. Later, Toyota, Honda, BMW, and Mercedes-Benz established a presence. Given the high requirements of North American components in the industry, many European and Asian parts suppliers have also moved to Mexico: in Puebla alone, 70 industrial part-makers cluster around Volkswagen. The relatively small domestic car industry is represented by DINA Camiones S.A. … Read More