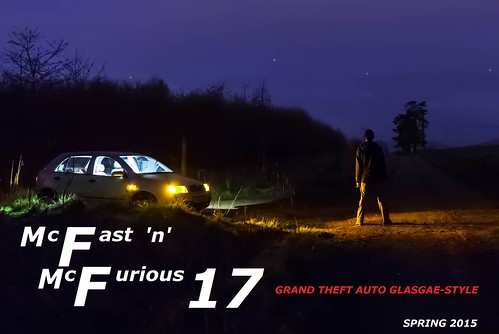 As posted before here on Flickr (flic.kr/p/shGBys) we were burgled last weekend while we slept in our beds. The thieves broke in and stole a few small items(a kindle, an iPod and my Manfrotto tripod with star-gazing binoculars mounted on it) but also pinched our keys and drove off with both of our cars. The main car was a family Vauxhall Zafira 7-seater spattered in crisp crumbs and dried milk stains. The other was my clapped out 13yr old Skoda Fabia with 90,000miles on the clock sqealing brakes and a rakish dent in the front wing! Even the police looked embarassed for us stating "They’ve not exactly been stolen ‘to order’! " I still find it amusing that they would pinch the Skoda! It’s hardly ‘Vin Diesel’ is it? Coincidentally 3nights earlier I happened to take the only photos of that car that I ever took while I was up … Read More