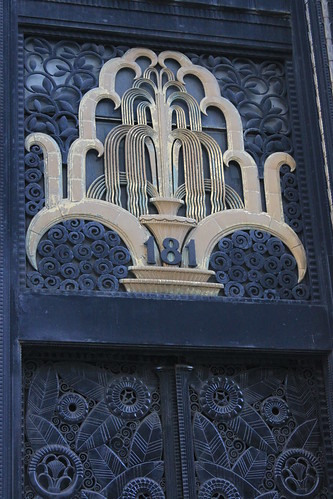 The Madison-Belmont Building, a transitional style building combining neo-Renaissance with early modern designs, incorporates many ideas from the growing European modern movement. The building was designed by the prominent and traditional New York architectural firm of Warren & Wetmore in an unusual style for this firm, showing a likely influence from the involvement of master iron smith Edgar Brandt as well as by the fact that Whitney Warren was spending considerable time in Paris where new concepts of Art Deco were taking hold.

The building was constructed in 1924-25 for the Merchants & Manufacturers Exchange of New York, a development company headed by Robert M. Catts and it was built as office and showroom space for silk companies in the developing Silk District of mid-town Manhattan. The Cheney Silk Company, with headquarters in Manchester, Connecticut, was the … Read More