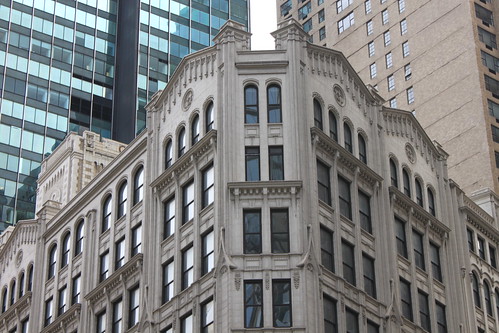 The A.T. Demarest & Company and Peerless Motor Car Company Buildings, located in the heart of the "Automobile Row" section of Broadway in Manhattan, were used by the automobile industry for over six decades. They were constructed in 1909 to the designs of eminent architect Francis H. Kimball, in collaboration with consulting engineer Purdy & Henderson and George A. Fuller Co., builders. Kimball had emerged in the forefront of early skyscraper design in New York City, particularly during his collaboration with G. Kramer Thompson in 1892-98. A.T. Demarest & Co., started in 1860 by Aaron T. Demarest, was a carriage manufacturer that also ventured into the production of automobile bodies around 1902. The Peerless Motor Car Co. of New York was a branch of the Cleveland luxury automobile manufacturing firm.