1951 Nash Ambassador- The make-out automobile of choice for teenagers 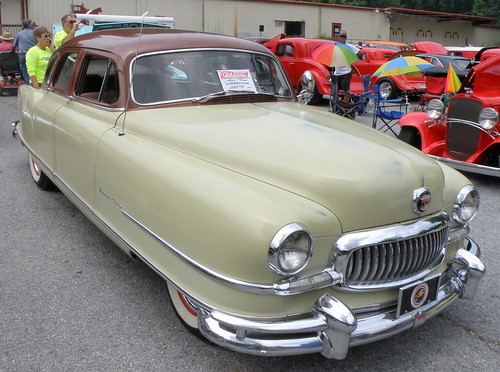 Nash continued to use the Ambassador name on its plushest models from 1949 to 1957. N-K President George Mason was an outspoken supporter of aerodynamics in car design, and the post war Ambassador is best remembered for its enclosed front wheels. When Nash rolled out its Airflyte body style, Ambassador sales enjoyed a significant gain by selling just four door and two door sedans in the 1949-1951 market place. The Airflytes also featured fully reclining seats that could turn the car into a vehicle capable of sleeping three adults, however this would also earn the dubious distinction of being the make-out automobile of choice for teenagers coming of age in the 1950s. The 1950 Ambassador became the first non-General Motors automobiles to be equipped with GM’s Hydramatic automatic transmissions.

Mason believed that once the sellers market following World War II ended, that Nash’s best hope for survival lay in a … Read More