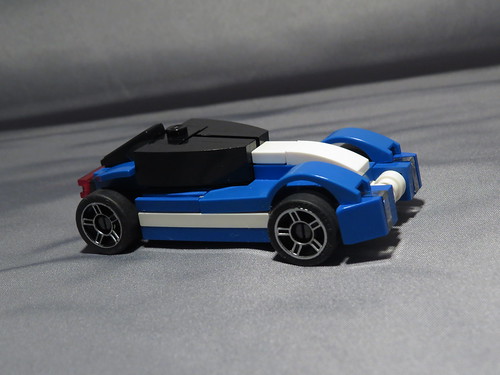 Everybody has to have a two seater sportscar these days. The Americas have 3 with one, the Rogue Destroyer GTS, taking the fight globally. The United Kingdom responded with the classy and highly customizable Winston W6 Longsword. Then the Japanese chimed in with a mid-engined masterpiece simply called the RS-M. And in Germany a 2 seater coupe version of Maud’s popular MS2 Schnellbomber. To top it all off, while the world is busting out all these new sportscars the Italians are off in the corner wondering what all the fuss is about, with their Indianapolis coupe they’ve had produced since 2209. With the coming of the Detroit Auto Show, they’ve been provided something else to laugh at for being late to the game. It’s another new entry to Sipil Automotive’s lineup. Sipil is a Indonesian manufacturer that was once known for making simple and rather subpar cars. In the last few years, new management has brought about huge revision in Sipil, and now Sipil is somewhat of a rising star in the automotive world. And at Detroit they’ve shown that they’re truly ready to make a name for themselves with this: The RS4 Singer. The Singer is just as much of a familiar car as it is new. For the new, it starts off with this name. It’s not in Indonesian, so as to appeal to a larger audience. A new designer was hired to pen the Singer’s design, from interior to exterior. it’s also Sipil’s first "real" sportscar, as their first foray, that Cahaya, had much more in common with a massively gutted track toy. Speaking of the Cahaya, this is where the familiar aspects of the Singer starts. The chassis and alot of major components see it’s way onto the Singer, but with more refinement. They also share the same 3.5 L turbocharged I4, though the Singer gets an extra 80 horses from the Cahaya’s 400. To an extent one can argue that the Singer is a Cahaya with a body and actual interior. It’s not as light as the Cahaya, but the Singer is still very much quick, with a 0-60 of 3.5 seconds, and a top speed of 238 MPH. Though the Singer aims to take on giants like the Rogue Destroyer and Scaletti Indianoplis, It’ll be a bit below their price range with a base price of about $60,000 once it hits the market in the Summer of 2214. Ever since the Singer’s reveal it’s looks have been rather polarizing. Some see it as beautiful and unique while others see nothing more than an eyesore. One thing’s for sure; the Singer will definably stand out.