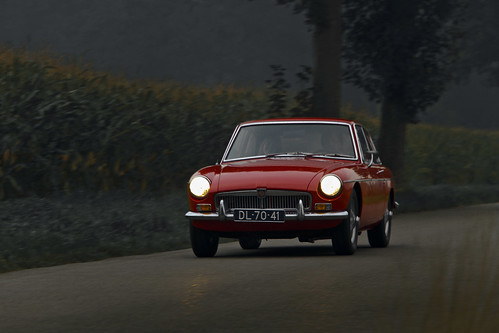 Special:
– There is some debate over when MG started. The company itself stated it to be 1924, although the first cars bore both Morris and MG badges and a reference to MG with the octagon badge appears in an Oxford newspaper from November 1923. Others dispute this and believe that MG only properly began trading in 1925.
– The first cars which were rebodied Morris models using coachwork from Carbodies of Coventry and were built in premises in Alfred Lane, Oxford but demand soon caused a move to larger premises in Bainton Road in September 1925 sharing space with the Morris radiator works. Continuing expansion meant another move in 1927 to a separate factory in Edmund Road, Cowley, Oxford, near the main Morris factory and for the first time it was possible to include a production line. In 1928 the company had become large enough to warrant an identity separate from the original Morris Garages and the M.G. Car Company Limited was established in March of that year and in October for the first time a stand was taken at the London Motor Show. Space again soon ran out and a search for a permanent home led to the lease of part an old leather factory in Abingdon, Oxfordshire in 1929, gradually taking over more space until production ended there in 1980.
– Originally owned personally by William Morris, the company was sold to Morris Motors (itself part of the Nuffield Organisation) in 1935. MG was absorbed into the British Motor Corporation in 1952, and latterly British Leyland (BL) in 1968. Under BMC, several MG models were no more than badge-engineered versions of other marques, with the main exception being the small MG sports cars.
– The MGB, designed by Pininfarina, was released in 1962 to satisfy demand for a more modern and comfortable sports cars. In 1965 the Fixed Head Coupé (FHC) Mark I followed : the MGB GT.