Wilhelm Maybach, collaborator and friend of Gottlieb Daimler and the ingenious designer of the “Mercedes”, the first “proper” car, left Daimler-Motoren-Gesellschaft, where he had worked as Chief Engineer, in 1907. Together with his son, Karl, he started developing his own engines which in his opinion were excellently suited to driving […] 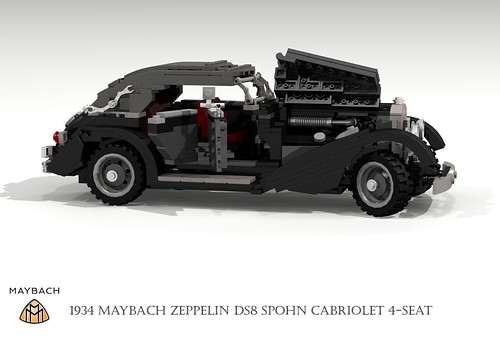 Wilhelm Maybach, collaborator and friend of Gottlieb Daimler and the ingenious designer of the “Mercedes”, the first “proper” car, left Daimler-Motoren-Gesellschaft, where he had worked as Chief Engineer, in 1907. Together with his son, Karl, he started developing his own engines which in his opinion were excellently suited to driving the airships which had just begun cruising the skies. He approached Count Zeppelin, convinced him of the quality and performance of his engines and together they founded "Luftfahrzeug-Motorenbau GmbH“ in Bissingen near Stuttgart in 1909. Maybach’s son Karl was appointed Technical Director of this new aero engine company.
In 1912, the company – an early joint venture – moved to Friedrichshafen, to premises adjacent to Count Zeppelin’s airship factory. Until around 1920, Wilhelm Maybach intensively supported his son in his development work, bringing forth top-quality and highly progressive petrol and diesel engines as well as transmissions over several decades.

In 1921, Karl Maybach began producing his own cars in Friedrichshafen, engaging in the manufacture and assembly of frame, suspension, engine, transmission, radiator, firewall and major components. Maybach and his staff were less interested in bodywork design – this was the realm of specialist bodybuilders who tailored their designs to the customers’ wishes.

Close cooperation developed in the course of the years with the bodybuilding company of Herrmann Spohn in nearby Ravensburg; they even engaged in the manufacture of mini-series. Nevertheless, Spohn had to share the cake with other bodybuilders like Gläser in Dresden, Auer in Stuttgart and Neuss and Erdmann & Rossi in Berlin, to name but a few.

Thanks to their outstanding engineering, smooth-running engines and the quality appointments of the bodies, crafted by hand to the customers’ wishes, the exclusive Maybach cars very quickly established themselves in the world market – as limousines, voluminous Pullman versions, two-to-seven-seater coupés, cabriolets and roadsters. They were direct competitors of – and in the opinion of some contemporaries even superior to – the “Grand Mercedes”, Rolls-Royce, Bentley, Isotta-Fraschini and other luxury models.

The Maybach “Zeppelin” is one of the most famous models in the line-up of international luxury cars from the nineteen-thirties – a terrific twelve-cylinder car that was built in numerous versions between 1930 and 1937.
A contemporary test report enthused “… The Maybach Zeppelin models rank among the few cars in the international top class. They are highly luxurious, extremely lavish in their engineering and attainable only for a chosen few, not only on account of the small series in which these splendid cars are built.” (Allgemeine Automobilzeitung 1933, no. 35).
The Maybach Zeppelin DS 8, model year 1932, with chassis number 1387, and today owned by the Mercedes-Benz Museum, is one of these luxury limousines. Its completely restored bodywork, specially tailored by Messrs. Spohn in Ravensburg, is a four-door six-to-seven-seater cabriolet with long wheelbase and ample space for feeling at ease in comfortable leather chairs. Itself a feast for the eyes, the eight-litre V12 engine (number 25041) is still in a virtually “straight-from-the-factory” condition and in perfect working order. It develops its power of 200 hp at a maximum of 3200 revolutions per minute in superior style – the epitome of smoothness – and gives the car a top speed of 170 kilometres per hour.