‘The Quattroporte is billed as the world’s fastest sedan. It is a highly refined automobile with a four-passenger cruising capability in excess of 100 mph, with enough attendant luxuries to compare favourably with non plus ultra of all luxury sedans, the Mercedes-Benz 600 and the Rolls-Royce Silver Shadow.’ – Car […] 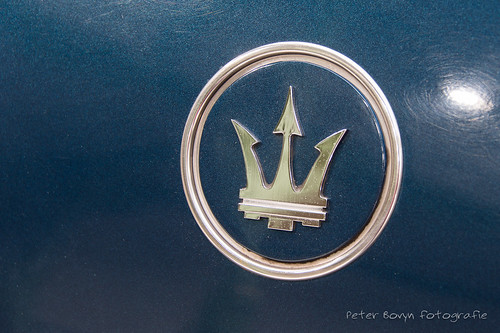 ‘The Quattroporte is billed as the world’s fastest sedan. It is a highly refined automobile with a four-passenger cruising capability in excess of 100 mph, with enough attendant luxuries to compare favourably with non plus ultra of all luxury sedans, the Mercedes-Benz 600 and the Rolls-Royce Silver Shadow.’ – Car & Driver.

Styled by Frua and introduced in 1963, the V8-powered Quattroporte was a landmark model for Maserati, being the Modena firm’s first four-door saloon and its first car of unitary construction. The Quattroporte was powered by a downsized – to 4,2 litres – version of the 5000GT’s four-cam V8, and beneath the skin featured independent front suspension and a De Dion rear axle, though the latter was replaced by a conventional elliptically sprung live axle in 1967. Car & Driver recorded a 0-100km/h time of 8.7 seconds and wound their Quattroporte up to 190 km/h, estimating that there was another 16 km/h still to come, all of which was some going for a fully-equipped four-seater weighing close to 2.000 kg.

The successor Quattroporte II deployed the V6 engine and front-wheel-drive package of the Citroën SM in a body by Bertone, but did not long survive Maserati’s take-over by Alessandro De Tomaso. Its successor – the Ital Design-styled Quattroporte III – arrived in 1978. Maserati V8 power was restored for this, the third of the line – the options being a 4,2 or a 4,9-litre unit – and the ‘III’ reverted to rear wheel drive using a lengthened Kyalami floor pan and all-independent suspension.

The Italian answer to Bentley – as its manufacturer’s publicity proudly claimed – the Maserati Quattroporte was one of the world’s fastest four-door saloons in its day. As Italy’s premier luxury car, the Quattroporte III was the choice of many wealthy Italian industrialists and celebrities, as well as the country’s president, Alessandro Pertini.

This automatic transmission model is one of only 1.821 Quattroporte IIIs built between 1978 and 1984, and was previously displayed at the Musée de l’Automobile in Reims, France. The car’s first owner was a well-known Bolognese entrepreneur and philanthropist, the second was a manufacturer in the fashion industry. The current (third) owner purchased the Maserati in Italy in April 2003 (at 84.000 kilometres), whereupon Candini, the Maserati specialist in Modena, carried out a full service. Finished in Blue Alfieri with Havana leather interior, this beautiful and collectible Maserati sports saloon is offered with Italian libretto, ASI paperwork, and its original Bologna registration plate from 1984.