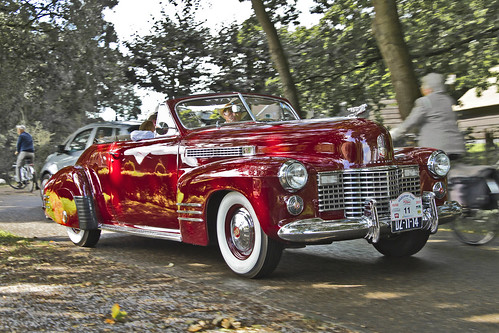 Special:
– Cadillac was formed from the remnants of the Henry Ford Company when Henry Ford departed along with several of his key partners and the company was dissolved. With the intent of liquidating the firm’s assets, Ford’s financial backers, William Murphy and Lemuel Bowen called in engineer Henry M. Leland to appraise the plant and equipment prior to selling them. Instead, Leland persuaded them to continue the automobile business using Leland’s proven 1-cylinder engine. Henry Ford’s departure required a new name, and on August 22, 1902, the company reformed as the Cadillac Automobile Company.
– The Cadillac automobile was named after the 17th century French explorer Antoine Laumet de La Mothe, sieur de Cadillac, who founded Detroit in 1701.
– Cadillac was purchased by the General Motors conglomerate in 1909. Cadillac became General Motors’ prestige division, devoted to the production of large luxury vehicles. In the United States, the name became a synonym for "high quality", used in such phrases as "the Cadillac of watches," referring to a Rolex. In English usage outside North America, other brands are used in such phrases – usually Rolls-Royce.
– The Cadillac line was also GM’s default marque for "commercial chassis" institutional vehicles, such as limousines, ambulances, hearses, and funeral home flower cars. The latter three of which were custom built by aftermarket manufacturers: Cadillac does not produce any such vehicles in factory.
– It has been said that, in aesthetic terms, sleek "torpedo" style and low streamlined runningboardless Cadillac, designed by Harley Earl, was to 1941 what Cord was to 1936, what Duesenberg was to 1929 and what LaSalle was to 1927.
– Besides the integrated “torpedo”style body, the 1941 model was the first to use the famous Cadillac egg-crate grille, the “coffin” style hood with the new “Flying Lady” mascot, Air Conditioning (optional) and the shiftless GM Hydro-Matic four-speed automatic transmission (optional).
– The ’41 Series Sixty-Two was available as this 2-door Convertible Coupé, as 2-door 6227 Coupé (1,985 units built), as 2-door 6227D Coupé DeLuxe (1,900 units built), as 4-door 6229D Convertible Sedan (400 units built), as 4-door 6219 Sedan (8,012 units built) and as 4-door 6219D Sedan DeLuxe (7,754 units built).
– This first generation Series 62 (1940-1941) was assembled at the Detroit Assembly, Detroit (Michigan) and at the South Gate Assembly, South Gate (California).