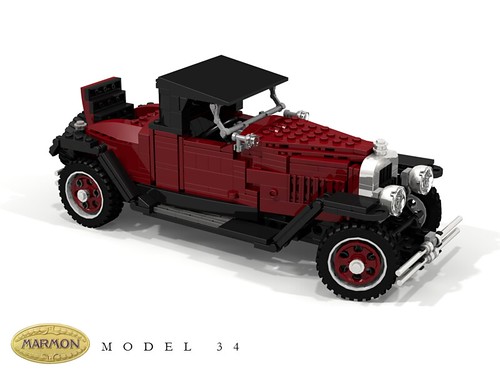 Marmon was a US maker of luxury cars. They developed the first production V16 engine, only to be beaten to production by Cadillac who were much better financed.

Key to building the marques reputation was the Model 34.

The following text comes from am Autoweek article published in 2003:

The exterior styling of the Model 34—drawn by Cleveland coachbuilder Leon Rubay—championed the beginning of streamlined automobile body shapes. The car’s … Read More