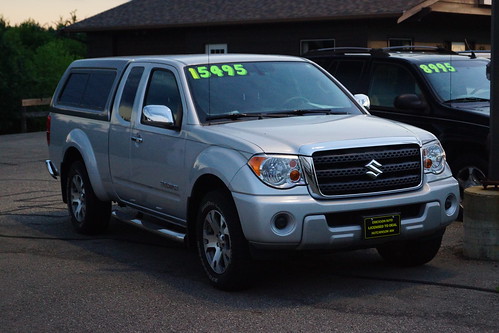 2010 Suzuki Kizashi We’re in the midst of an automotive reckoning. Suzuki’s announcement this week that it will no longer be selling cars in the U.S. makes it the 10th major brand to disappear since the start of the century. Of those, one was a Ford brand, one was a division of Chrysler, and the remaining eight all were either subsidiaries of or close partners with General Motors. (Many we recapped in our Decade in Review.) Like Isuzu, another U.S. evacuee and estranged GM ally, Suzuki will continue selling cars outside the U.S. Why did Suzuki, Japan’s fourth-largest car company, leave? And why does this keep happening?
A multi-dimensional look at Suzuki’s U.S. sales
The Short Answer The “tl;dr” … Read More