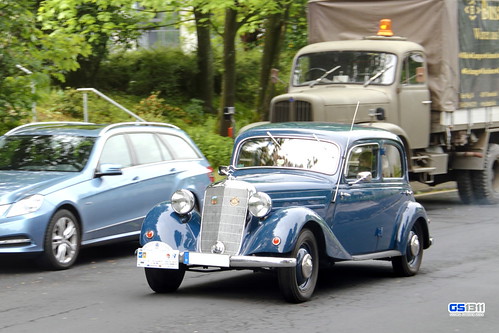 1955 was the car’s last year of production. Its replacement, the W120 had already been on sale since July 1953, after which the older model was repositioned in the market as a lower priced alternative to the new one.